Item. In the name of our crucified lord Jesus Christ. Amen. Year of our Lord 1248, 18th Kalends of June. We, the aforesaid brothers, et cetera. la Pomarède

As Bertrand Criveler of le Pomerède, diocese of Toulouse, many times legally summoned before us yet contumaciously absent, after receiving and diligently examining witnesses, and this assigned day publicly announced, as well this day assigned for hearing the definitive sentence, he perseveres in his contumaciousness; we, according to those things we have discovered about him, after consulting with good men, condemn him, by definitive sentence, as heretic. 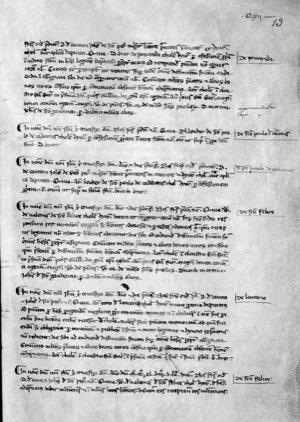