Item. In the name of our crucified Lord Jesus Christ. Amen. Year of the Lord 1246, 8th Ides of July. We, brothers of the Order of Preachers Bernard de Caux and Johan de Saint-Pierre, inquisitors of heretical depravity appointed by apostolic authority in the city and diocese of Toulouse:

Asfrom Puylaurens from Saint-Martin-Lalande from Montauban from Mazerac it has been established before us through the judicial confessions of Gaubert de Puylaurens, militis; Ermessende, wife of Bernard Mir Arezat of Saint-Martin-Lalande in the diocese of Toulouse; Bernard Raimund, bow-maker, of Montauban; and W. Donat or Nebia of Mazerac, dicoese of Cahors;

That the aforenamed Gaubert de Puylaurens saw and adored heretics on many occasions and listened to their preaching many times, ate and drank with them many times, accompanied them,received gifts from them, believed the heretics to be good men, and did not tell the full truth to other inquisitors during the time of grace;

Item. As well the aforenamed Ermessende, wif of Bernard Mir Arezat, militis, saw and adored heretics many times, listened to their preaching many times, believed heretics and their errors, atttended ereticans, and denied the turh before other inquisitors in contravention of her own oath;

Item. As well the aforementioned Bernard Raimund, bowmaker, of Montauban, saw and adored heretics many times, listened to their preaching many times, received heretics in his house, make a cabin for them, brought them food many times, lead and accompanied heretics, and after he abjured heresy, saw heretics, freed them, and believed heretics and their errors.

Item. As well the aforementioned W. Donat or Nebia of Mazerac saw and adored heretics many times, believed them to be good men, listened to their preaching, ate with them many times, lead and accompanied heretics to Lombardy; 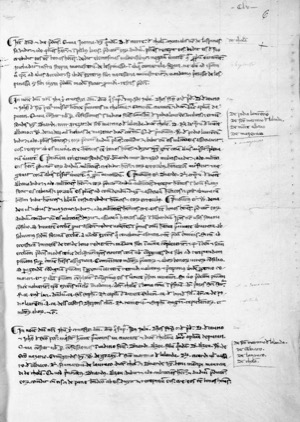