153Item. In the name of our crucified Lord Jesus Christ. Amen. Year of the Lord 1246, 3rd Nones of June. We, brothers of the Order of Preachers Bernard de Caux and Johan de Saint-Pierre, inquisitors of heretical depravity appointed by apostolic authority in the city and diocese of Toulouse:

That the aforenamed Peire Bruni of Cabannes saw and adored heretics on many occasions and in many places, believed heretics to be goog men, and hid the truth in contravention of his own oath;

Item. As well the aforenamed P. Passamar of Labécède saw and adored heretics on many occasions and in many locations, listened to their preaching, ate many times with heretics, bread blessed by them many times, received [sacrament?] from heretics, attended heretication, esteemed the heretics and believed them to be good men, and denied the truth in contravention of his own oath;

Item. As well the aforenamed Peire Bofilh saw and adored heretics on many occasions, stayed with heretics, listened to their preaching, ate many times with them and bread blessed by them, believed the heretics and their errors, and denied the truth in contravention of his own oath;

Itm. As well the aforenamed Peire Durand saw and adored heretics on many occasions and in many places, listened to their preaching, believed heretics to be good men, made agreements to not reveal heresy, and relapsed into the heresy abjured;

Item. As well the aforenamed Arnald Doaiss saw and adored heretics on many occasions, listened to their preaching in may places, received them in his home, ate with heretics and bread blessed by them, gave them of his, beleived them to be good men, and denied the truth in contravention of his own oath; 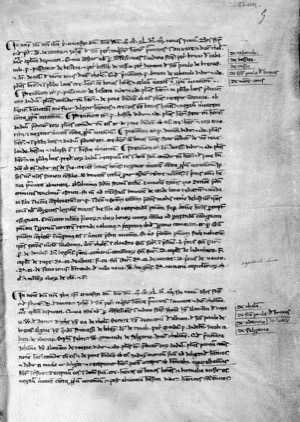