Item. In the name of our crucified Lord Jesus Christ. Amen. Year of the Lord 1246, 16th Kalends of June. We, brothers of the Order of Preachers Bernard de Caux and Johan de Saint-Pierre, inquisitors of heretical depravity appointed by apostolic authority in the city and diocese of Toulouse:

As it has been established before us through the judicial confessions of Esteve de Roais; Peire Esquiva; lady Assuas, wife of Raimund de Castronovo; Raimunda, wife of Arnald Unda, of Toulouse; from Toulouse from Montastrucand Peire de Creissa, of Montastruc;

Item. That the aforenamed Esteve de Roais saw and adored heretics on many occasions, listened to their preaching, attended heretications, sought heretics and lead them to heretications, and hid the truth in contravention of his own oath;

Item. As well the aforenamed Peire Esquiva saw and accompanied heretics on many occasions, received a letter from Brother Guilhem Arnald and his associate, late inquisitors, which stated that he had adored heretics, and he had this letter for four or five days, admitted before the aforesaid inquisitors that the contents of the letter were true, and for this submitted willingly to receive penance of indefinite imprisonment, or exile, or whatever they enjoined, insommuch as possible by his oath; and after abjuring heresy, participated frequently with condemned heretics, eating with, drinking with, and accompanying them;

Item. As well the aforesaid Raimunda, wife of Arnald Unda, saw heretics on many occasions, adored, believed, received, attended heretications, listened to preaching, gave and received valuables from heretics, ate many times with heretics and bread blessed by them, and attended appareilamen of heretics in her own home;

Item. As well the aforesaid Peire de Creissac of Montastruc saw heretics on many occasions and in many places, adored them many times, hid the truth in contravention of her own oath, sent heretics to someone for heretication, and made a pact to not reveal heresy;

Item. They now, following wiser council, wish to return to the unity of the Church as they claim, first having abjured heretical depravity; we therefore release them - following the ways of the Church - of the chains of excommunication by which they were bound due to the aforesaid crimes, so long as they have returned to ecclesiastical unity in good faith and having fulfilled the commands enjoined upon them. As they rashly transgressed God and the Holy Church in the aforementioned ways, they appear before us today as compelled, legally cited, to receive their penance regarding the crime of heresy: definitively assigned, after discussion with many prelates and the council of many other good men to find an appropriate punishment, we order and desire that they be put in prison indefinitely, and we enjoin them with this penance bound by their respective oaths. If, indeed, they refuse to accomplish the aforesaid penance, we again bind them by the chains of excommunication. 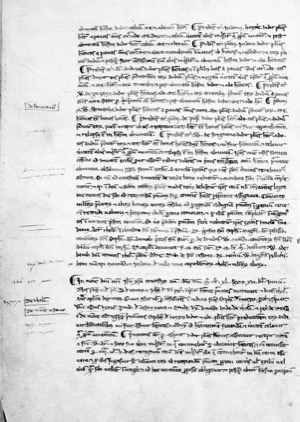