Item. Year and day as above. The sworn witness Bernard Mir, dominus of Saint-Martin-Lalande, asked to tell the truth about himself and others, living or dead, regarding the crime of heresy and Waldensianism, said that at Saint-Martin-Lalande, in the house of Bernard de Saint-Nazare, he saw two heretics whose names he did not know. He saw there with them Bernard Arezat, knightcontra Arezat, Esteve de Fendelha, Guilhem de Rovinhol, Peire de Gozens, Peire Folc, and many others who he did not recall. However, the witness did not adore them as he was young, age 14. He did see all the others adore, and the witness and all the others listened to their preaching. This was about 28 years ago.

Item. In the house of Peire Ademar he saw Mota and his companion, heretics. He saw there with them Bernard Arezat, Bernard Jordan, Guilhelma de Campolongo, mother of the witness, Nazalina, wife of the late Raimund Mir, the aforesaid Peire Ademar, Guilhem de Rovinhol, Peire de Gozens, Mir de Campolongo senior, and Guilhem de Canast. However, the witness did not adore. However, he did see Mir de Campolongo, Peire de Gozens, Guilhelma, mother of the witness, and Bernard Arezat adore. However, the witness and everyone else listened to their preaching, and all the aforesaid women were kissed on arm by the aforesaid heretic Mota. This was the same period, when they lived openly.

Item. He said that when Bernard Mir Acezat and Mir Bernard were fighting with one another, Raimund Bernard and his companion, heretics, made peace between them at the farm of Arnald Gras. The witness was present there with Mir Bernard, Bernard Arezat, Guilhem Gras, and Arnald Gras, and everyone except the witness adored them. This was the same period.

Item. He said that at a certain farm in Saint-Martin-Lalande he saw Gerard de Gordo and his companion, heretics. He saw there Sicard, dominum of Puylaurens, Raimund Paders, Barta, Guilabert de Puylaurens, and Guilabert del Bosquet. However the witness did not adore, nor saw adoring, nor listened to their preaching, but all the others spoke with the heretics. This was the same period.

Item. He said that at Pulaurens, in the house of de Roumens, he saw two heretics whose names he did know. He saw there with them Sicard, dominum of Puylaurens, Guilabert de Puylaurens, knight, Raimund Paders, and Ademar de Vilanova. However the witness did not adore, nor saw adoring, nor listened to their preaching. This was about 22 years ago.

Item. He saw at Saissac, in a house of heretics, Bartholemei and his companion, heretics. He saw there with them Armengard de Montlaur, knight, Arnald Rainart, Ysarn Jordan, Guilhem Seguier of Laure, Saissam, wife of Armengard de Montlaur, and Algay, current wife of Pons de Vilanova. However, the witness did not adore, nor saw adoring, nor listed to their preaching. Item. He said that all of the foregoing was during the period when heretics were living openly across the Lauragais.

Item. He said that the witness was told that there were heretics at Belfort and the witness went there with many acquaintances and with Esteve, Archpriest of Laurac, and they found a heretic and received him. Guilhem Fort, dominus of Belfort and of Montmaur, made a call to arms and chased away other heretics who were there. This was about 8 years ago.

Item. He said that when the witness was young and the heretics lived openly, the aforesaid heretics offered the witness nuts and made the witness bend at the knee and say blessings. This was about 35 years ago.

All of this was confessed to the inquisitors at Castelnaudary, a confession he confirmed was true. Item. He said that he believed the heretics to be good men when they still lived openly. He first believed them 35 years ago and stopped believing 25 years ago. He has not seen heretics otherwise else except in public, nor adored, nor gave or sent [them anything], nor led, nor listened to their preaching. He heard the heretics say that God did not make visible things, that baptism and matrimony had no value for salvation, and that dead bodies do not rise. However he did not believe these errors and then withdrew from the beliefs of the heretics. This was given at Toulouse before brothers Bernard and Johan, inquisitors. He abjured heresy and swore, etc., and committed himself and his to the instructions of the inquisitors, and confirmed this is a public document. Witnesses: brothers Guilhem Pelhisson and Peire Barrau; Arnald, prior of Saint-Sernin; and Peire Aribert, public notary. 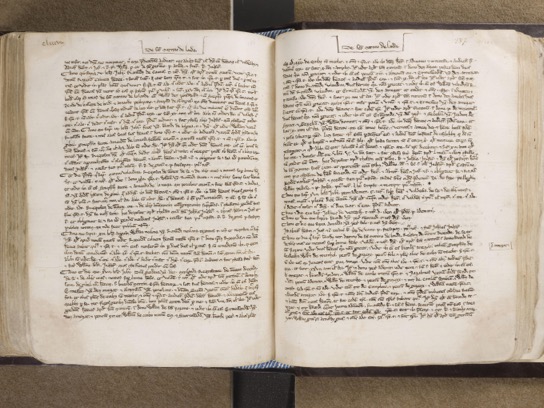