The year of our Lord 1246, the 3rd Ides of June. Esteve Faure added to his confession saying that he saw at Saint-Martin-Lalande Peire Traveri and Bernard Alzeu, former consul of Saint-Martin-Lalande, leading and accompanying Raimund Jaules and Peire Bonet, his companion, heretics. They brought them into the house of Pons Mir, who was there, and his wife Alazais. However, the witness did not adore the aforesaid heretics nor saw others adore, as the witness did not enter the aforesaid house but passed by it on the road. This was about 5 years ago.

Item. He said that while Guilhelma de Campolongo and her companion, heretics, were in the house of Raimund Joglar at Saint-Martin-Lalande, Ermengarde German sent the aforesaid heretics bread and a pitcher full of wine. This was about 6 years ago.

He giva this at Toulouse before brothers Bernard and Johan, inquisitors. Witnesses: Arnald, prior of Saint-Sernin; Raimund, chaplain of Delbade; and Peire Aribert, public notary, who wrote this. 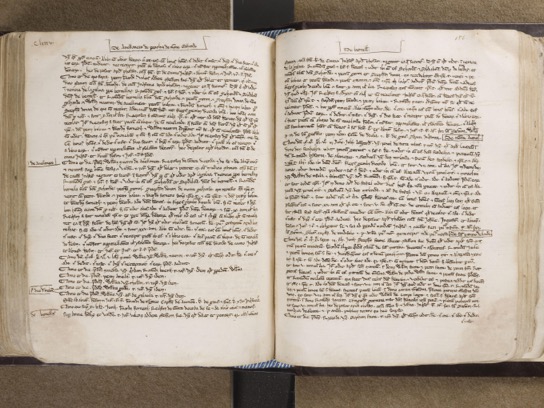