He is a relation of Adam Pons de CauxItem. Year and day as above. The sworn witness Guilhem Arnald said that he saw in the woods of Saint Salvatore Guilhelma, wife of Pons Durand and aunt of the witness, and her companion, heretics. Then the aforesaid heretic, aunt of the witness, asked him to go with her to [...]Capela de Gaja. The aforesaid Pons gave him bread and wine, and asked the witness to hand the food to the aforesaid heretics. And he did. He did not adore nor see adoring. This was about 18 years ago.

Item. He said that he stayed with Peire-Roger of Mirepoix for two months, and he was with Peire-Roger at the grove of de la Silva the night the preachers were killed. That night he heard Peire-Roger say to all his companions that they are to follow Belenger, Bernard de Saint-Martin, and Guilhem de Laila, and to do what they do. And P. Aura, W. de Planha, and up to 50 others left with Belenger, Bernard de Saint-Martin, and Vesia Brasilhac and they went to Avignonet and that night they killed the preachers. Peire-Roger stayed that night at la Silva, the witness with him. In the morning they returned to the aforesaid Peire-Roger and said openly that they killed the inquisitors, but the witness was ignorant of that until he heard it. And the aforesaid Peire-Roger and those who were with Peire-Roger were quite delighted about the aforesaid [murders]. And this was about 3 years ago.

He did not see heretics anywhere else, nor believed, nor adored, nor gave or sent [them] anything, nor listened to their preaching. He said as well that he told the lord Bishop of Toulouse of the murdered inquisitors and told of everything he had seen and heard. He abjured heresy and swore, etc. Witnesses: Peire Fresapa; Peire, chaplain of Dreuilhe; and brother Bernard, inquisitor. 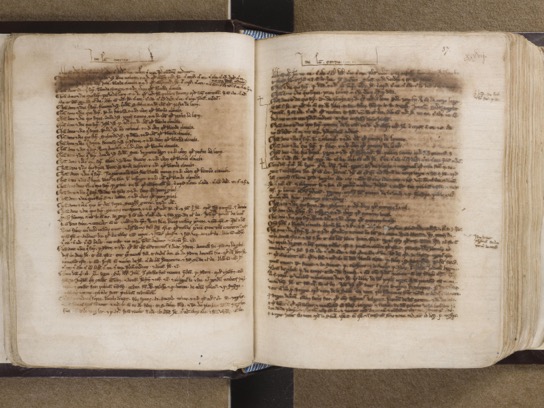