Item. Year and day as above. The sworn witness Raimund de Lera, butcher, said that he saw in the house of Guilhem Saint-Nazare, Bertrand Marti and his companion, heretics, and he saw there with them Pons Mir, Guilhelma de Campolongo, mother of the aforesaid Pons Mir, Raimund Mir, Guilhem Faure, Bernard Martin, and the wife of the aforesaid Guilhem Saint-Nazare. The witness and everyone else listened to the aforementioned heretics there and adored them, bending at the knees three times, saying, "Bless us, good men, pray to God for us." This was about 15 years ago.

Item. He saw in the house of Ysarn de Gibel two heretics whose names he did not know, and he saw there with them Guilhem Fortz, Peire Folc, Pons Porquer, Esteve de Fendelha, and Ysarn de Gibel himself with his wife who was burned at Toulouse. The witness and everyone else adored the heretics there. This was about 5 years ago. And the witness gave the aforesaid heretics a flask full of wine.

He believed the above-mentioned heretics to be good men, to have good faith, to be friends of God, and that one could be saved by them. He heard them speak the errors of visible things, that God did not make them, that the holy host was not the body of Christ nor God, and that baptism and matrimony had or have no effect salvation, and that the dead would not rise. The witness believed what they said. He first believed the heretics to be good men 18 years ago, and stopped believing 5 years ago. He denied the foregoing to brother Guilhem Arnald, inquisitor at Castelnaudary, but he told everything to brother Ferrier at Limoux. He did not see heretics thereafter. He abjured heresy and swore, etc. Witnesses: as stated before. 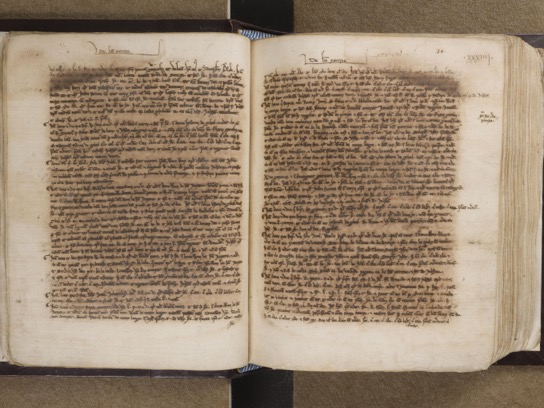