In prison.Item. Year and day as above. The sworn witness Jordan Hugole of Saint-Martin-Lalande said that Guilhelma Regina asked the witness and Bernard Jordan to take Raimund Bernard and his companion, heretics, to Laurac, and she gave them 12 denari of Toulouse. Then the witness and Bernard Jorda brought the aforesaid heretics to the house of Raimund Mir at Laurac. But he did not adore nor saw adoring. This was 18 years ago.

Item. He saw in the house of Guilhem Fabri, who was ill, Raimund Jaules and his companion, heretics, and he saw there Arnald Andree, and Arnald Faure, Peire Faure, and Esteve Faure, brothers, and Arnald Savauza. The witness himself and everyone else adored the aforesaid heretics there bending at the knee three times, saying, "Bless us, good men, pray to God for us." This was about 5 years ago.

Item. He said that Bernard Alzeu asked the witness and Ysarn de Gibel, Guilhem Arnald, Arnald Forner and Raimund, brothers, Peire Galhart, Peire Faure, Pons Traver, Arnald Valh, Peire Folc, and many others to come with him to Saint-Papoul Abbey, where he wanted to post bail with the abbot of Saint-Papoul Abbey for two heretics the abbot had seized. However they were not able to do so.

The foregoing was confessed to brother Ferrier, inquisitor, at Limoux. The witness believed the heretics to be good men, to have good faith, and that one could be saved by them. He heard them say that matrimony had no value and that dead bodies will not rise, and he believed it. He did not heard them speak of other errors. It was 15 years ago that he first believed the heretics to be good, and he stopped believing after making the aforesaid confession to brother Ferrier, inquisitor, at Limoux. He confessed to brothers Guilhem Arnald and Esteve, inquisitors, at Castelnaudary, but he did not tell the truth as Pons Martin, consul, told him not to. He recognized that he had done a wicked thing as after he abjured heresy and swore and promised to persecute heretics, he saw, hid, believed, and adored heretics. He abjured heresy and swore, etc. Witnesses: as stated before. 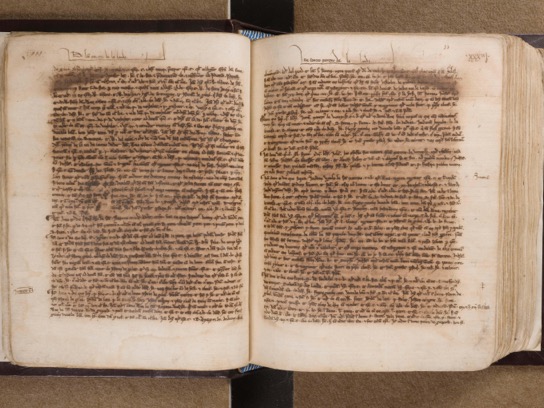