Item. Year and day as above. The sworn witness Arnald Faure, brother of Peire Faure, said that he saw two heretics he did not know in house of Guilhem Fabri, his brother, who was laid up with illness. And he saw Bernard Alzeu, and Ysarn de Gibel, who brought the aforesaid heretics there, and Esteve Faure and Peire Faure, brothers of the witness, and Bernarda, wife of the aforesaid Guilhem, and Arnald Andree, Jordan Hugole, Arnald Savauza, Raimund Folquet and Adelaisia, his wife, and Bernard Hugo, and Martin de Verazilh and Raimund de Verazilh, brothers. The witness himself and everyone else adored the heretics there at the request of Bernard Alzeu and Ysarn de Gibel, bending three times at the knee, saying, "Bless us, good men, pray to God for us." This was about 5 years ago.

He said that he did not believe the above-mentioned heretics to be good men, nor to have good faith, nor could one be saved by them, even though he adored them. He did not see heretics otherwise, nor believed, nor adored, nor gave or sent them anything, nor listened to their preaching. He did not confess to brother Ferrier, but he did confess to brother Guilhem Arnald at Castelnaudary, however he did not remember what he said. He abjured heresy and swore, etc. Witnesses: as stated above. He said as well that he did not recall if he saw heretics after he made his confession to inquisitors at Castelnaudary. 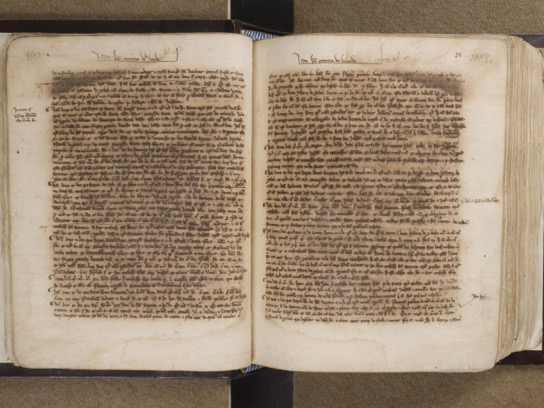