Year as above, 5th Ides of December. The sworn witness Gensana, wife of Roger Sartre, said that she saw in the house of Riqua at Mas-Saintes-Puelles Raimund of Mas-Saintes-Puelles, his brother, and his companion, heretics, and she saw with them Peire Lavanier of Laurac, and Petrona, wife of Guilhem Ramanh. But the witness did not adore the aforesaid heretics nor saw adoring. This was about 7 years ago.

Item. She saw in the house of Gauza Tersola at Mas-Saintes-Puelles Peire Guilhem and his companion, heretics, and she saw there with them the aforesaid Gauza. But the witness did not adore the aforesaid heretics nor saw adoring. This was 8 years ago.

She has not seen heretics otherwise except prisoners, nor adored, nor gave or sent [them anything], nor led, nor listened to their preaching. She confessed at Saissac to brother Ferrier, and thereafter did not see heretics. She abjured heresy and swore, etc. Witnesses: Arnald, prior of Saint-Sernin; Bernard de Gaus; and brother Bernard de Caux, inquisitor.

Item. At other time in the house of his mother Riqua she saw Raimund of Mas-Saintes-Puelles and his companion, heretics, and she brought him some grapes. The witness was encouraged and instructed by the heretics there to adore them, bending at the knee three times saying, "Blessings." This was 8 years ago. 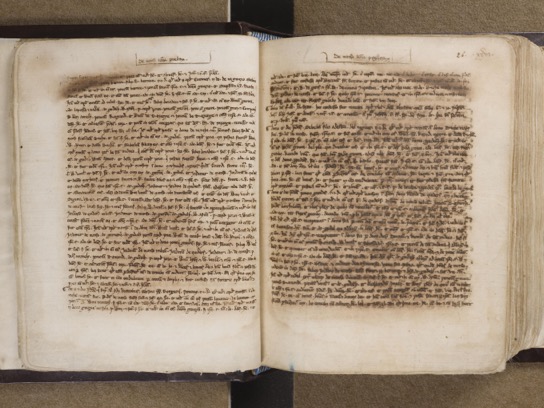