Year as above, 2nd Kalends of December. The sworn witness Peire Sernin said that when the witness and Martin Ros de Valle and P. Ros, his brother, and Pons Martin de Verazilh, and P. Astre, and W. Mauri de Fendelha were building some gate of stone at Laurac, the witness and all the aforementioned - at the request of the community of the same village - ate in the home of Ysarn de Castres, diachoni hereticorum, and his companion. And he saw there with them the aforesaid heretics and Amblard and Pons German of Mas-Saintes-Puelles. However he did not adore nor saw adoring. This was 30 or more years ago.

Item. He said that he was hired for three days by the heretic Laura at Laurac to build a wall in their house, but he did not adore, and this was the same period.

He has not seen heretics anywhere else, nor believed, nor adored, nor gave or sent [them anything], nor led, nor listened to their preaching. This was confessed to brother Ferrier, inquisitor. He abjured heresy and swore, etc. Witnesses: Arnald P., chaplain of Labécède; Guilhem, chaplain of Mas-Saintes-Puelles; and brother Bernard de Caux, inquisitor. 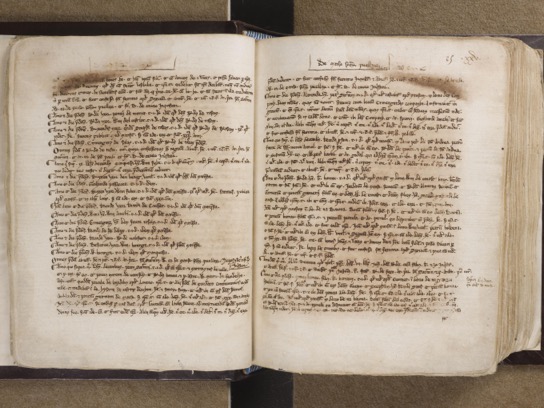