Item. Year as above, 3rd Ides of June. The sworn witness Na Fabrissa wife of Guilhem, lord of Mas-Saintes-Puelles, said that after she made her confession to brother Ferrier she has not seen heretics. However, she said that before the aforesaid confession she saw heretics living publicly about 36 years ago.

Item. She saw in the house of Peire Fabri, who sometime after was made heretic, Pons Bolvena and his companion, heretics, and she saw with them Na Meta, Marquesa de Rochafort, and Geralda wife of Guilhem de Rochafort. Everyone and the witness adored the aforesaid heretics there, except for the aforesaid Geralda whom she did not recall whether she adored. This was about 20 years ago.

Item. She did not see heretics anywhere else that she recalled. She said as well that she believed the heretics to be good men and to have good faith and to be true and friends of God. She heard heretics say that God did not make visible things, and that the holy host is not the body of Christ, and that there is no salvation in marriage, and the witness believed the foregoing errors. She did not hear them speak of baptism or resurrection after death. It was 25 years ago that she first believed the heretics and 5 years ago when she stopped.

Item. She saw Bertrand Marti and his companion, heretics, in the house of Guilhem Vidal, and she saw there Guilhem Vidal himself and his wife. And the witness and the wife of the aforesaid Guilhem adored the aforesaid heretics there. This was 12 years ago. She abjured heresy and swore, etc. Witnesses: magister Bernard, chaplain of Ladinhac; Sylvester, chaplain of Verfeil; Peire Fresapa, notary; brother Bernard de Caux, inquisitor. 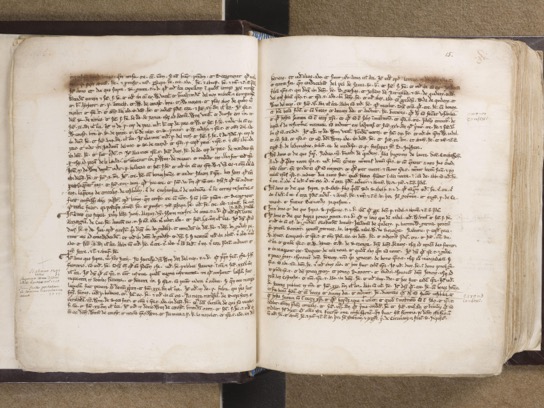