Item. Year and date as above. The sworn witness Arnald Canast said that many times he saw many heretics living openly at Mas-Saintes-Puelles. This was about 40 years ago.

Item. He saw Johan Cambiaire and his companion, heretics, in the house of Peire Cap-de-Porc, and he saw there with them Bernard del Mas and Jordan del Mas, knights, and Bernard de Quiders, and many others whose names he did not recall. The witness and everyone else adored the aforesaid heretics there and listened to their preaching. This was about 12 years ago.

Item. He saw in the house of Guilhem Vidal Pons Bolvena and his companion, heretics, and Guilhem Vitalis himself, and Bernard Barrau. The witness and everyone else adored the aforesaid heretics there. This was about 7 years ago.

Item. He said that he believed heretics to be good men even though he knew the Church persecuted them. And 40 years ago he believed them, and 7 years ago he stopped believing. He did not hear them speak of visible things, of the body of Christ, of matrimony, although his mother and her sister were clearly heretics. And they died 30 years ago. He did not see heretics anywhere else, and all was confessed to inquisitors at Limoux, such confession he believed to be the truth, but he did not have penance. He recognized that he did wicked things and thereafter abjured heresy and promised and swore to persecute the heretics he had believed and the heretics he had adored. He abjured heresy and swore, etc. Witnesses: as stated above. 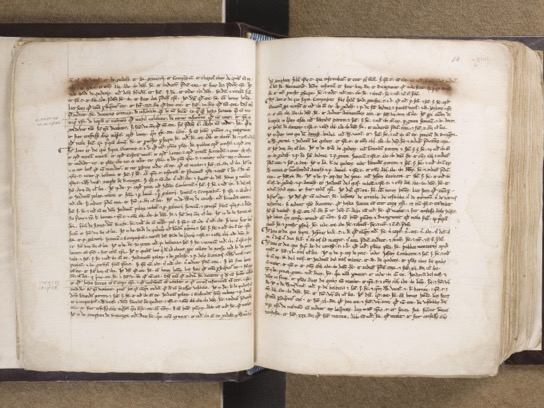