Item. Year and day as above. The sworn witness Roger Sartre said that in the house of Guilhelma Companh he saw Bernard de Mairevilla and his companion, heretics, and he saw there with them Arnald Maiestre who was ill, and Bernard Cogota, Bernard Aichart, the brothers Guilhem Pons and Peire Pons, Guilhem Teisseire, Guilhelma, daughter of Guilhem Pons, and Raimunda, concubine of the aforesaid infirm Arnald. The witness and everyone else adored them there and the aforesaid heretics hereticated the said Arnald Maiestre in sight of all named above. This was about 6 years ago.

Item. The witness saw in the house of Na Riqua [lacuna] and their companion, heretics, and he saw there with them Bernard Cogota, but neither the witness nor the others adored the aforesaid heretics. This was about 10 years ago.

Item. In the house of Na Gauza Tersola the witness saw Donat Tersola, brother of na Gauza, and his companion, heretics, and he saw there with them Bernard Cogota he believes. But the witness did not adore them nor saw adoring. This was the same period.

Item. The witness said that he believed then the heretics to be good men although he knew that the Church persecuted them, and it was 7 years ago that he first believed them, and 6 years ago that he ceased believing. But he did not hear them speak errors of visible things, nor of the holy host, nor of matrimony, nor of bodily resurrection. The witness did not see heretics anywhere else nor adore them, nor gave or sent [them anything], nor led, nor caused them to be led, nor listened to their preaching. The witness recognized that he did wicked things, after which he abjured heresy and swore, etc. Witnesses as stated above. 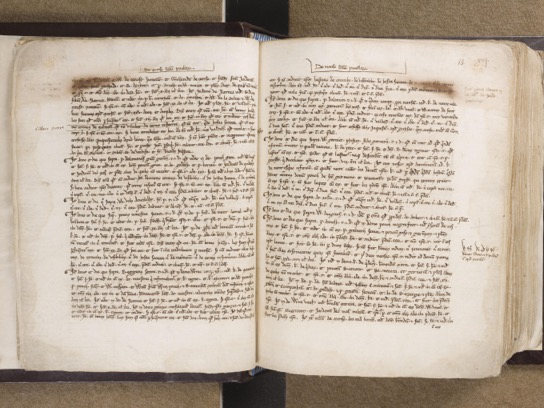