Brother-in-law of Arnald PicrelhItem. Year and day as before. The sworn witness Raimund Amelh said that he saw Johan Cambiaire and three other heretics whose names he did not know at Mas-Saintes-Puelles in the house of Bernard Saint-Andrea, and the witness saw there with them the knights Bernard del Mas, Jordan del Mas, and Aribert del Mas, and Roger Sartre, Arnald Godalh, Peire Cap-de-Porc and his wife Susanna, and Pons Barrau, Guilhem Vidal, Guilhem Gasc, Garnier and the son of Garnier, doctor, and many others up to 70 or more. Everyone and the witness adored the aforementioned heretics there and listened to their preaching. This was about 13 years ago. The next day the witness accompanied the aforementioned heretics outside the village.

Item. The witness saw at Mas-Saintes-Puelles in the house of Guilhem Vidal Bertrand Marti and his companion, heretics, and he saw there with them Guilhem Vitalis and his wife Segura, and Guallard Amelh, brother of the witness, and Raimund Aleman junior. Everyone and the witness adored the aforementioned heretics and listened to their preaching. This was about 12 years ago. The witness has not seen heretics otherwise except as prisoners.

Item. The witness said he believed the heretics to be good men, to have good faith, to be true, friends of God and one could be saved by them. He heard them say that God did not create visible things, that baptism by water means nothing, that the holy host is not the body of Christ, that there is no salvation in marriage, and that the dead will not rise. And the witness believed in what they said and it was 15 years ago that he first believed the heretics to be good men and it was 10 years ago that he stopped believing such. This was confessed at Limoux to brother Ferrier and he has not seen heretics since. The witness abjured heresy and swore, etc. Witnesses: as stated above. 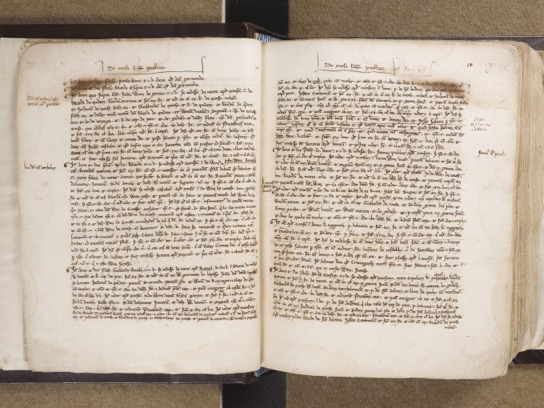