Item. Year as above, 6th kalends of June. The sworn witness Peire Vidal said that he saw Arnald Prader and his companion, heretics, in a place called 'del Poutilho' and he saw there with them Guilhem Vidal, Bernard Aichart, and Guilhem Moreta. The witness and everyone else adored the aforementioned heretics there, bending at the knee three times saying, "Bless us, good men, and pray to God for us." This was about 7 years ago.

Item. The witness saw Bertrand Marti and his companion, heretics, in the house of Guilhem Vidal and he saw there with them Bertrand de Quiders and Peire Gauta, and the witness and everyone else adored the aforementioned heretics there. This was about 8 years ago.

The witness believed the above-mentioned heretics to be good men and to have good faith, even though he knew the Church persecuted them. But he did not hear them speak errors of visible things, of the holy host, of baptism, of matrimony. Nor did he hear them speak of bodily resurrection. It was 8 years ago that he first believed heretics to be good, but he ceased believing 6 years ago. The aforesaid was confessed to Brother Ferrier and his associates, inquisitors, at Limoux, and he believed all to be the truth. And he abjured heresy and swore, et cetera. Witnesses as above.

The witness said that at the same time when he went to Brother Ferrier, Bernard del Mas and his wife Saramunda, and Jordan del Mas, and Galhard del Mas, and Aribert del Mas, forbid the witness to speak the truth to the inquisitor. And after he returned from the inquisitors, the forementioned Saramunda asked the witness if he had said anything about her, and the witness responded yes, and then she threatened him. He abjured heresy and swore, et cetera. Witnesses as above. 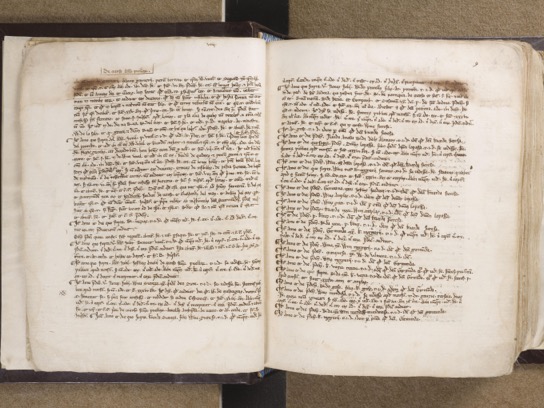