Item. Year as above, 7th Kalends of June. The sworn witness Peire Albaric said that he saw Guilhem Vidal and his companion, heretics, in the vineyards of Johan Carabula, outside the village of Mas-Saintes-Puelles, and saw there with him Arnald Godalh who lead the deponent himself there, and Guilhem German, Guallard Amelh, Jordan de Quiders, Pons Gran, Pons Rainart, Pons Gauta, Pons de Rosengue, Guilhem Ayner, Pons Garnes brother of the witness, and many others whom he did not recall. And everyone except the witness listened to the aforementioned heretics and and adored them, bending at the knee three times saying, "Bless us, good men, pray to God for us". This was about four years ago.

The witness did not believe the aforesaid heretics to be good men nor to have good faith nor could one be saved by them, nor did he hear them speak errors of visible things. He did not hear them speak of baptism, matrimony, the holy host, nor bodily resurrection. He has not seen heretics anywhere else, nor believed, nor adored, nor gave or sent them anything. All the abovesaid was confessed to brother Ferrier at Saissac. The witness abjured heresy and swore, et cetera. Witnesses: Arnald, Prior of Saint-Sernin; Brother Bernard de Caux, inquisitor; and brother Guilhem Pelhisson, Order of Preachers. 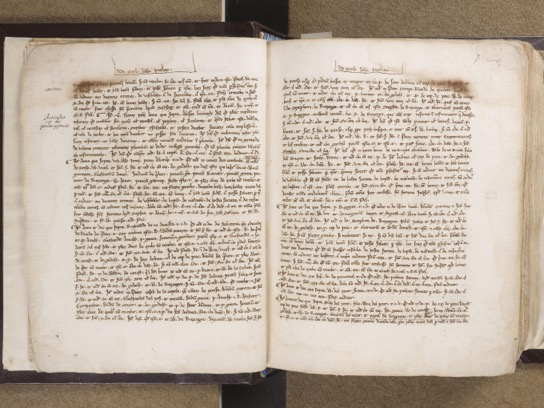