Item. Year and day as above. The sworn witness Raimund Alaman said that he saw Bertrand Marti and his companions in the house of Guilhem Vidal, and he saw there with him the witness' uncle Guallard Amelh, Raimund Amelh, brother of the aforesaid, Raimund Bernard, and Guilhem Vitalis himself and his wife. The witness and all others adored the said heretics there bending at the knee three times, saying, "Bless us, good men, pray to God for us." This was about 14 years ago.

Item. The witness saw Pons Bolvena and his companions, heretics, in the house of Bernard Bru and his brother Peire Bru, and he saw there Peire Bru and Bernard Bru, and the sister of Peire Bru, Riosen Bru. All except said witness adored the aforesaid heretics. This was about 20 years ago.

Item. The witness saw Johan Cambiaire and companions, up to 8 heretics, in the house of Bernard Cap-de-Porc, and he saw thee with them, the heretics, Bernard del Mas, his brother Jordan del Mas, Gualhard Amehl, Raimund Amelh, Peire Gauta senior, Guilhem Vitalis, Bernard Cogota, P. W. Garnier, Guilhem Garnier son of said Garnier, and many others besides whom he did not recall. Then the aforementioned heretics performed their apparelhamen, and the witness and all others adored the aforesaid heretics there and listened to the preaching of the heretics. The next day the aforesaid heretics left on horses, the witness and Raimund Amielh accompanying them outside the village and then Estolt de Rochavila and Arnald dels Cassers received said heretics and left with said heretics. This was about 12 years ago.

Item. The witness said that he saw at Falgayrac many heretics come out of the forest and enter the house of Austorga, wife of Peire de Rosengue, and the aforesaid Austorga made bread for the aforesaid heretics, and they harvested Austorgue's wheat, but the witness did not adore, nor them adore, nor did the witness speak with them. This was about 5 years ago.

Item. The witness said they saw Arnald de Pencha and Bernard de Saint-Stephan, heretics, going into the house of Arnald de Rosengue. This was about 20 years ago.

Item. The witness said that they saw two heretics whose names she did not know spinning in front of the house of Ysarn Matfre, and the witness saw there with said heretics Camona the wife of said Ysarn. This was the same time as above.

The witness believed the heretics to be good men and to have good faith and were friends of God and could be saved through them, although he knew the Church persecuted them. The witness heard errors about visible things, that God did not make them, and that the holy host was not the body of Christ, and that baptism and marriage meant nothing for salvation, and that the dead will not be resurrected, and the witness believed what they had said. It was 20 years ago that the witness first believed the heretics to be good men, and he stopped believing so 10 years ago, despite the insistence of Bertrand Alaman and Austorga, wife of Peire de Rosengue, 5 years ago. This was confessed to brother Ferrier at Limoux.

In the house of Florence the witness saw Peire Petit and his heretic companions and saw there Peire Bru and Bernard Bru, brother, and Peire Faure. And everyone adored them, except the witness.

The witness said that he, Guilhem del Mas junior, Bertrand de Quiders, Moreta and Peire Gauta junior went into the house of the prior of Mas-Saintes-Puelles with knives and rocks for protection and stole two ponies. They agreed that if they encountered monks on their way out they would kill them. This was about 10 years ago. He abjured heresy and swore, etc. Witnesses as above.

The witness said moreover that he was not present at the murder of inquisitors nor knew nothing about it, and the next day learned of it at Falgayrac and heard Austorga, wife of Peire de Rosengues, say: "All is free and clear." And her husband said: "All are dead." Witnesses as above. 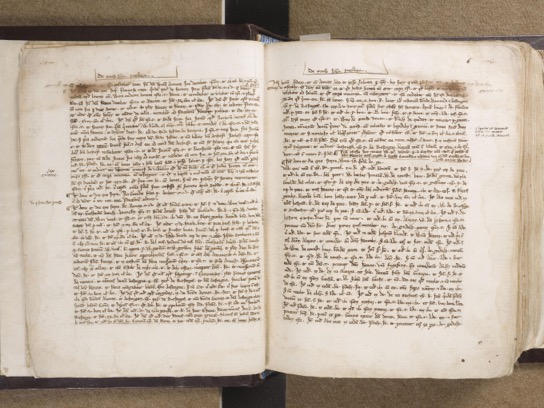