Item. Year and day as above. The sworn witness Guilhelma Companh said that she saw the heretics Rixen and Stephana in her own house and she saw there with them Bernard de Sant Andrea and Peire de Sant Andrea, who became heretics thereafter, and Arnald Maiestre, husband of the witness, and the mother of the witness, Aymengarde Companh, who was laid ill at that moment. The aforementioned heretics told the aforesaid Aymengarde, the witness' mother, that they were going to hereticate her, but she refused. The aforementioned Bernard de Sancto Andrea and his brother Peire, and Arnald Maiestre, adored the heretics there, but neither the witness nor her mother adored them. This was about 14 years ago.

Item. Another time the witness saw Bernard de Mairevilla and Raimund de Na Riqua in her house, and saw with them Bernard de Sancto Andrea and Peire de Sancto Andrea, Roger Sartre, Guilhem Teisserre, Bernard Aichart, Guilhem Pons de Recauth, Aymeric de Molavila, Bernard Cogota, and Arnald Maiestre, the witness' husband who was laid low with an illness. And then the aforesaid heretics hereticated Arnald Maiestre, and everyone including the witness adored the aforesaid heretics and bent at the knee three times saying, "Bless us good men, pray to God for us." And this was about 12 years ago.

The witness believed the aforementioned heretics to be good men and to have good faith and could be save by them, even though she knew they were persecuted by the Church, but she did not hear them speak of the errors of visible things nor of sacraments, nor did the witness believe in such errors. It was 20 years ago that she first believed the heretics to be good men, and she stopped believing so 10 years ago. The aforesaid she confessed to brother Ferrier at Limoux. She abjured heresy and swore, etc. Witnesses as above and Arnald Cerda. 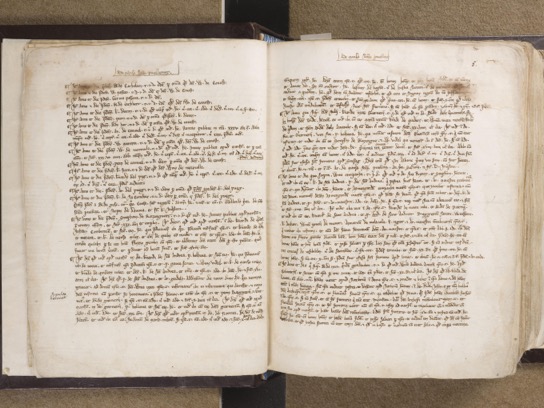