Item. Year and day as above, the Ides of June. The sworn witness Bernard Cogota said that he saw Bertrand Marti and his companions, heretics, in the house of Guilhem Vidal, saw there Guilhem Vitalis himself and Segura, the wife of Guilhem Vitalis, Arnald Maiestre, Arnald Godalh, Bernard Cap-de-Porc, Guilhem Canast-Bru, Arnald Canast and P. Vidal and many others who he did not recall. The witness and all others listened to their preaching and adored them three times with bended knee, saying "Bless us, good men, pray to God for us." This was about 12 years ago.

Item. The witness said that in the house of na Riqua he saw the son of na Riqua, Raimund, and his companions, heretics, and he saw with them there Roger Sartre, Peire Gauta senior, and Sybile, sister of said Na Riqua, and Na Riqua herself, and many others he did not recall. The witness and all others adored said heretics. This was in the same period.

Item. The witness said that in the house of the shoemaker Companh he saw Peire Petit and companion, heretics, and he saw there with them Guilhem Canast-Bru and Companh himself and Guilhelma Gaufred, mother of said Companh, and Esmengarde, daughter of said Guilhelma Gaufred. And the witness and all others adored said heretics. This was about 12 years ago.

The witness believed the aforesaid heretics to be good men and friends of God and that he could be saved by them even though he knew they were pursued by the Church. He heard them speak errors: that visible things were not made by God, that the holy host is not the body of Christ, that there is no salvation in baptism or marriage, and that there is no resurrection of the body, and the witness himself believed that which they said. It was 30 years ago that he first believed the heretics to be good men, and left this belief 8 years ago. This was confessed to brother Guilhem Arnold and his inquisitor associates at Toulouse, and he came to them unsolicited, and brother Ferrier at Saissac, and since then he has not seen heretics, and he believes the aforesaid confessions to be true.

Item. The witness said that Jordan de Quiders said to him recently, "Soon there will appear someone who will more quickly free you all, who may have disdained others in their confession." He abjured heresy and swore, etc. Witnesses: Arnald, Prior of Saint-Sernin; Magister Peire de Caraman; and brother Bernard, inquisitor. 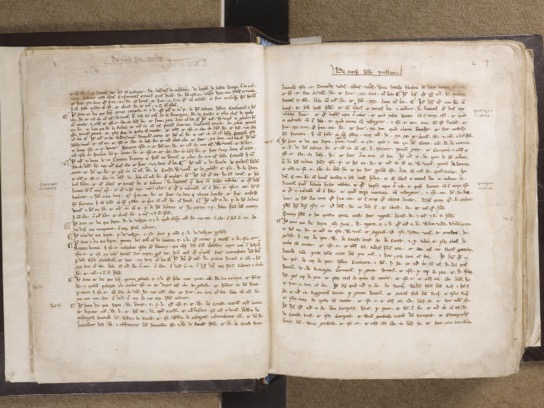