Item. On the year and day as above Guilhem de la Silva, sworn witness, said that he saw Pons Bolvena and his companions, heretics, in the house of Peire Cap-de-Porc and he saw there with them Peire Bernard the butcher, and both adored said heretics. This was about ten years ago.

Item. The witness saw Bertrand Marti and his companion, heretics, in the house of Guilhem Canast-Bru, and saw there with them Raimund Amelh and Peire Bernard, butcher. The witness adored said heretics, and he saw others adore them. This was about 12 years ago.

Item. The witness saw Bernard son of na Riqua and his companions, heretics, in the house of na Riqua, and saw there with them Adalbert Noguier; Peire Bernard, macellator; Guilhem Canast-Bru; Arnald Maiestre, but did not recall if he himself and others adored said heretics. This was about 12 years ago.

He did not recall seeing heretics elsewhere. The witness said as well that he believed that the heretics were good men and had good faith and were true and friends of God, but he did not hear heretics speak of visible things, of baptism, of the holy host nor of marriage. However, he heard clerics speak of the errors that heretics say, but he never believed the aforesaid errors. It was 15 years ago that he first believed heretics to be good, and it was then years ago that he ceased such belief. This was confessed to brother Ferrier, but no penanence was given to him. He abjured heresy and swore, etc. Witnesses: as stated above. 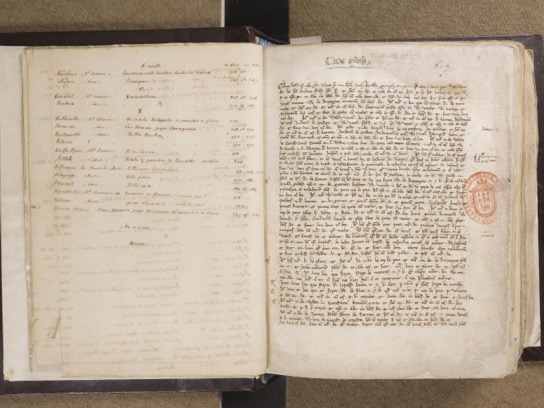