she was suspect and could say many thingsItem. Year and day as above. The sworn witness Ermengarde, wife of Peire Boer, said that she saw Ysarn de Castres and his companion, heretics, in the house of Bernard Canast, but she did not recall if she saw anyone else with them. The witness herself adored them and was hereticated; the aforesaid Ysarn hereticated her there. At that time heretics lived openly. This was about 40 years ago. And the blessed Dominic de Guzman reconciled them.

Item. After reconciliation, she had in her house Rixen and her companion, heretics, and she kept them there for about a year. And Guilhem Vidal and his wife Segura, and Companh, used to send the heretics bread and wine via the witness. And Arnald Maiestre gave them a measure of grain. And Guilhem Canast-Bru bought a jar of oil for these heretics.

Item. She said that Guilhem Vidal and Guilhem Canast-Bru recommendedOr: introduced the witness to the aforesaid heretics.

Item. Saramunda del Mas sent the heretics whale via the witness. Raimunda, mother of Guilhem, presbyter, used to give bread and wine to the heretics.

Item. The witness herself adored the heretics three times per week or more, in various places.

The witness herself believed the aforementioned heretics to be good women and that one could be saved by them. She swore, etc. Witnesses: as stated before. She was not given penance because she was away when heretics were captured in her house. 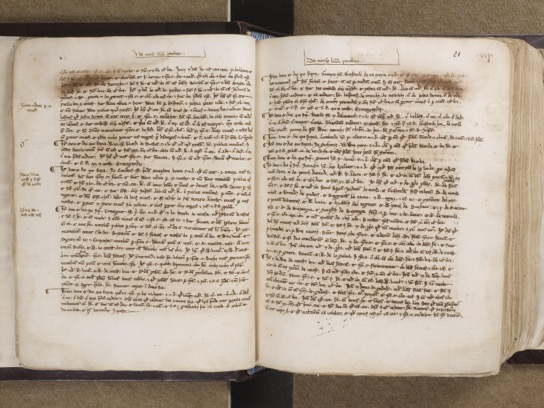